Hamm was a special operations clone trooper who served in the Grand Army of the Republic.[3] He was a clone of Jango Fett and was born on the planet Kamino.[1]

Hamm was born on Kamino around 32 BBY. He was a clone of Jango Fett,[1] and fought in the Clone Wars.[3]

Hamm had a scar on his lip. During sometime in the Clone Wars, he received a broken nose.[3]

Hamm wore Phase I special operations clone trooper armor. He had a helmet which contained experimental comms gear, which was painted with blue markings. His armor was also painted blue, and he had a yellow symbol covering his shoulder plate. The armor he wore was very smooth.[3] 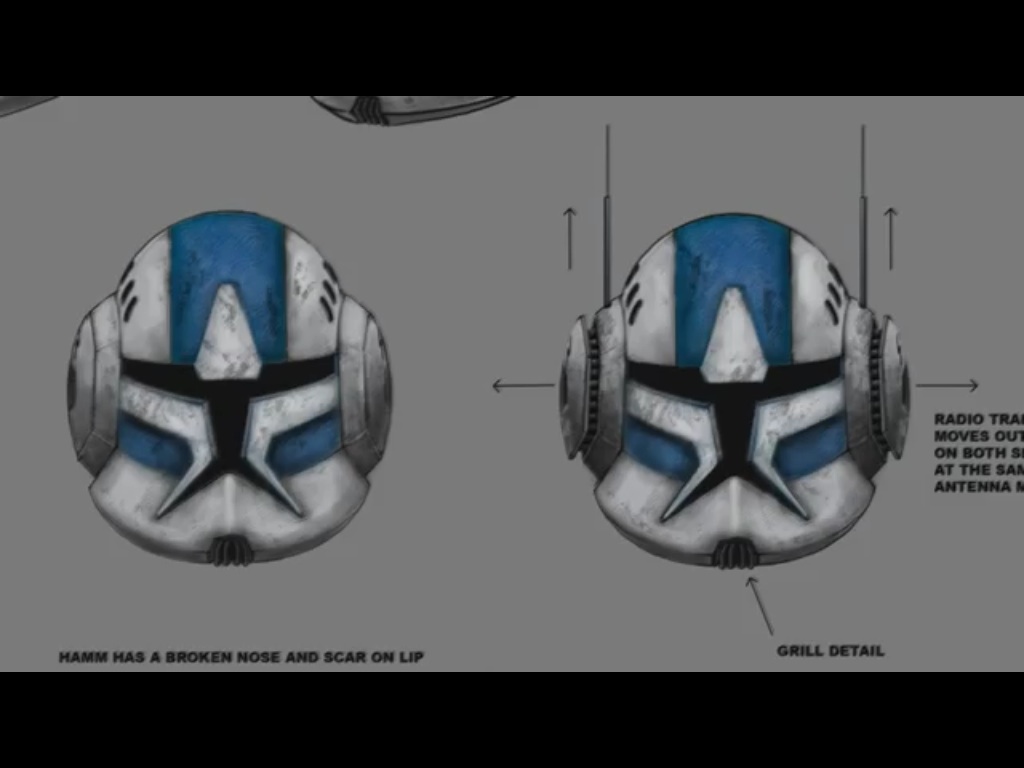 Concept art for Hamm's helmet
Add a photo to this gallery

Retrieved from "https://clonetrooper.fandom.com/wiki/Hamm?oldid=55318"
Community content is available under CC-BY-SA unless otherwise noted.